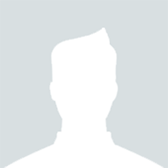 Company and Its Ecosystem (ESG Intro for CFA Candidates)

A successful company can be defined as a company that can maximize long-term benefits to its shareholders and meet its debt obligations. It’s bad, though, if any of the company’s stakeholders can gain excessive benefits at the expense of other stakeholders. That is why mechanisms and control systems are indispensable to make sure that no harm is done to any of the stakeholders and that the ecosystem develops harmoniously. Financial analysts should evaluate such mechanisms when assessing the expected return and risk associated with an investment in a particular company.

Moreover, it should be noted that the modern definition of a successful company should include the company’s consideration for ESG issues, i.e., environmental, social, and governance factors. It reflects the company’s awareness of belonging to the ecosystem and the ability to affect it. Well-balanced corporate governance helps the company to make a positive impact that is not limited to shareholders only.

A stakeholder is an individual or a group that has a vested interest in the company.

A typical company has many different stakeholders. The primary groups of a company’s stakeholders are given below:

Shareholder theory says that the management’s primary duty is to maximize shareholder returns with only limited attention given to other stakeholders’ interests (to the extent to which they affect the shareholder value).

Stakeholder theory is ESG-friendly and says that the company’s focus should extend beyond the interests of shareholders to other groups’ interests, e.g., employees, customers, suppliers, etc.

There are also some challenges of adopting the stakeholder approach such as:

Shareholders (investors) own the company’s shares of stock, i.e., equity. In return, the shares usually give them voting power (e.g., to elect the board of directors or vote for certain resolutions) and entitle them to receive dividends. Thus, shareholders aim at the company’s profitability growth. In case of bankruptcy, they are paid only after all creditors’ claims are settled, so they are residual claim holders.

Shareholders control the company through the board of directors, which is expected to represent shareholder interests.

Minority shareholders – hold the minority stake in the company

We can distinguish three types of creditors, namely:

A company may borrow money from a bank or a private lender or it can issue bonds and then sell them to the public.

When a company borrows money from a bank or a private lender, the bank or the lender can become a critical source of capital and thus may have quite a lot of influence on the company. Banks and private lenders can for example extend more credit or relax debt restrictions. They usually hold the company’s debt to maturity and have easier access to company management and non-public information. When the loan is being paid off, the bank/lender receives regular interest and principal payments as agreed in the loan agreement.

When a company issues bonds, they are bought by investors, who provide capital to the company. In return for the capital, bondholders receive regular interest payments. At the bond’s maturity, the principal is also returned. Unlike shareholders, bondholders have no voting power and are more risk-averse.

Generally, creditors are satisfied with the company’s stability. This is especially true for banks and bondholders. For private lenders, the approach to risk and risk tolerance may vary.

Satisfied customers are a guarantee of higher revenue and better prospects for development. Thus, companies try to provide products and services that fully satisfy their customers/clients. No company wants its brand to be boycotted. Similarly, no company would like its customers to associate it with bad practices or poor standards (this includes ESG).

If a company is in financial distress, its ability to meet financial obligations may be at risk. Then, the financial position of its suppliers may be hindered. Also, the suppliers may be unwilling to further extend their credit to the company if they are not paid for their services.

Suppliers are usually short-term creditors that are, however, interested in the company’s long-term stability to build long-term business relationships. Outsourced services, such as payroll or IT, are also suppliers.

Every company needs to pay taxes. The government as the collector of taxes is considered a stakeholder in the company’s ecosystem. Governments take care of the well-being of the country’s economy and want to ensure that companies, which build the economy, obey relevant laws and regulations.