In your exam, always use the STAT and DATA worksheets in your calculator to compute standard deviation. Have a look at the following example.

You are given the following data:

Assuming that the data given in the table above covers the whole population of rates of return for a given stock, compute the standard deviation of the population.

We won’t be applying any formulas here. Instead, we will use the DATA and STAT worksheets in TIBA II Plus Professional calculator. Have a look at the calculator keystroke sequence:

The first step is to enter the rates of return into your financial calculator using the statistical DATA worksheet. Then, you'll need to switch to the STAT worksheet and read the relevant measures.

So, begin by pressing [2nd] [DATA] to access data worksheet. In DATA worksheet, enter rates of return for Xs, namely X1 equals 4, X2 equals 15, and so on. Note that there's no point in entering percent, so instead of 0.04 enter 4, instead of 0.15 enter 15, and so on. All Ys are equal to 1 because there is only one variable, namely the rate of return. After you enter all returns, press [2nd] [STAT] and set the calculator in one variable mode. There are 5 available modes. We will choose one variable statistics (1-V). Sometimes – on your level 1 exam – when data for two variables is given, you will choose Linear mode (LIN), but other modes are not used on the level 1 exam.

We press arrow down until we find population standard deviation noted as sigma '\(\sigma\)'. As you can see, the calculator computes also the number of observations, the arithmetic mean, the sample standard deviation noted as 's', the sum of Xs and the sum of Xs squared. If you set the STAT worksheet in two variable mode – for example Linear mode – you will get these data for both variables, the independent and dependent one. You will also obtain the correlation coefficient and beta.


Struggling with Your Calculator? 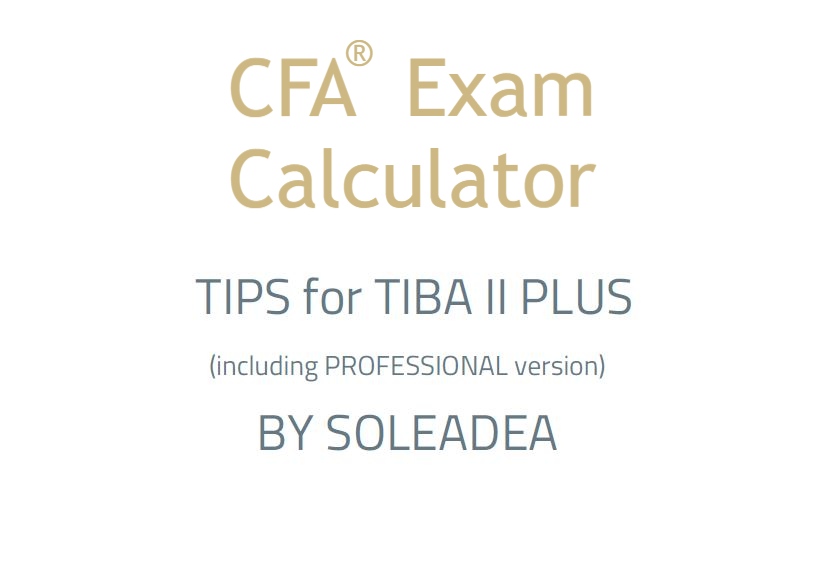