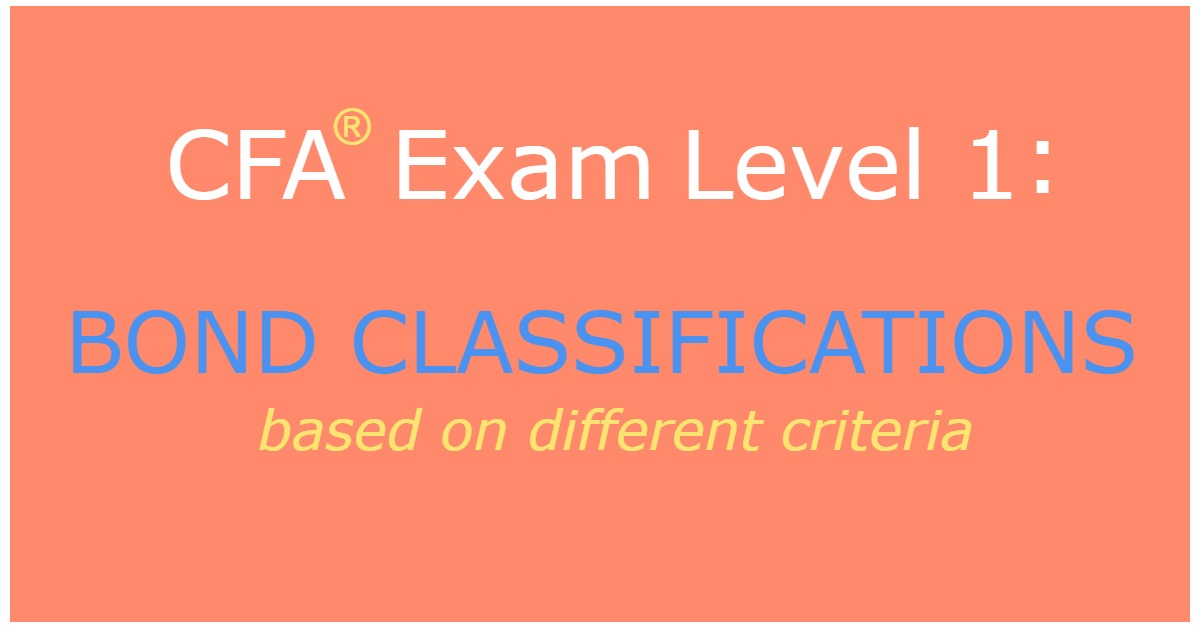 This blog post was created as a part of the CFA exam review series to help you in your level 1 exam revision, whether done regularly or shortly before your CFA exam.

We can distinguish between different types of bonds depending on the criterion we choose. In your Level 1 CFA exam, pay attention to these 5 criteria:

According to the principal repayment criterion, we distinguish:

Which of the following is characterized by the highest market price risk?

Other things held constant, the bullet bond is characterized by the highest market price risk.

It’s because the cash flows for this bond consist of a sequence of relatively small payments (coupons) and a relatively high par value paid at maturity. If interest rates increase, the decrease in the price of a bullet bond will be higher than in the case of a fully amortized bond or a partially amortized bond.

According to the coupon payment structure criterion, we distinguish:

Market That the Bond Is Traded In

Generally, the global bond market can be divided into:

In the national bond market, we trade with:

Bonds that are issued at the Eurobond market and at least one national market are called global bonds.

Generally, if we take under consideration the time to maturity, we can classify bonds as:

Which of the following is characterized by the lowest reinvestment risk?

Question 2 is available for CFA candidates using our study planner to control their prep:

When we choose different criteria, we can distinguish among different types of bonds: